I've wanted to write epic fantasy for years. In college I fleshed out a pretty substantial world, a unique magic-system, and an overarching conflict, but I never got deep into the characters, their journey, or their individual story-arcs. I discovered that I like building worlds and systems, but crafting plots and characters is a lot more difficult. The world, and the magic-system especially, has stuck with me, and although I'd make significant changes to it now, I still think that the idea is solid at its core. I'd love to write it someday.

Writing fiction, especially fantasy, just seems like such a monumental task. So much of the sci-fi and fantasy novels that I've read (especially from authors like Brandon Sanderson) are filled with epic stories across multiple viewpoints over decades of each character's life spanning thousands of pages. Putting something like that together, even with years of time, seems like something I just don't have the strength of will to even dream of accomplishing.

In building and launching my own apps and services like Pine.blog, Nine9s, d20.photos even Adventurer's Codex, I've learned that while I can build and maintain large projects, they take a long time to come to fruition. One of the great things about software though is that you can launch with a subset of features and improve it as you go. This means that even for huge projects like Pine.blog, I could see results, launch features, get feedback and share my work-in-progress all while improving it and staying motivated to continue. The idea of spending years writing a manuscript thousands of pages long, editing it, tweaking it, and being unable to publish it until every box was checked is just not something I think I could force myself to do. I'd get bored or burn out.

But thousands-of-page-novels are just one form of the genre. There's another, oft overlooked form: novellas. 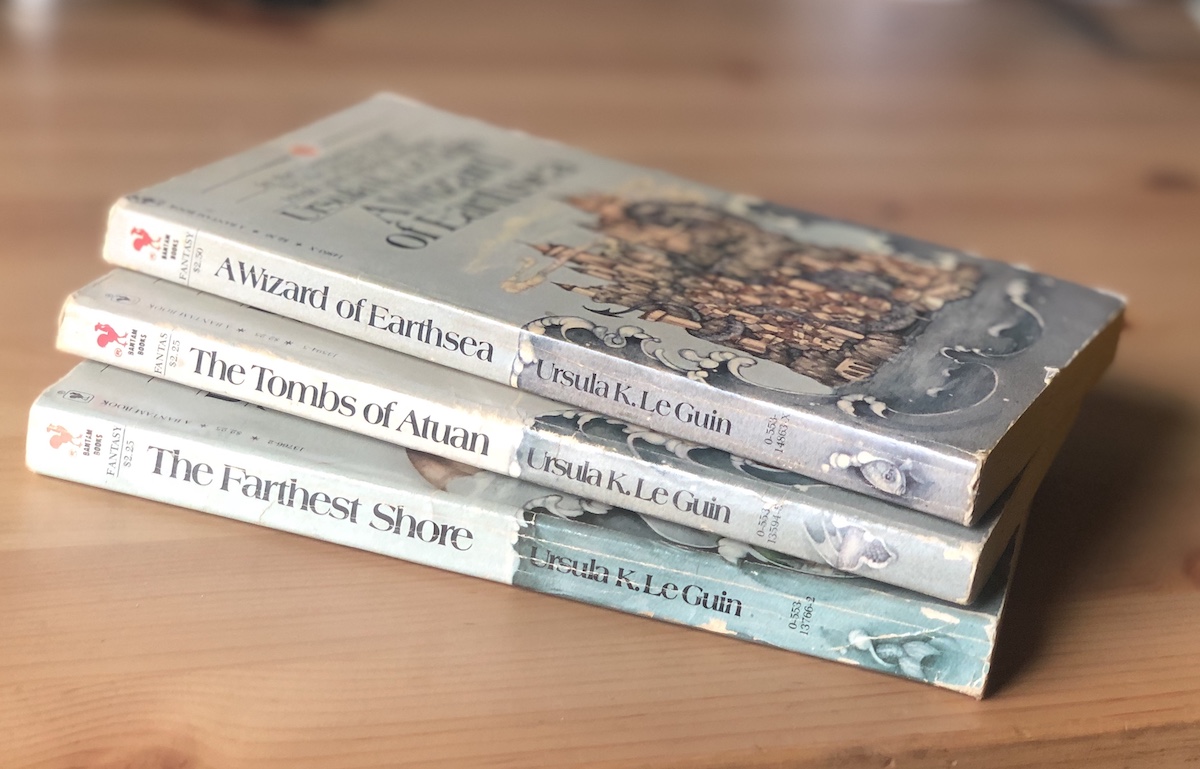 I love the Wizard of Earthsea trilogy. I first discovered the books in high school and eventually re-read them after college. They're a series of short, kid friendly books about a wizard who goes to a wizard school to learn magic and his adventures in the island world of Earthsea.1 Each of them is less than 200-pages long and clock in at around 50,000 words. Compare that to Brandon Sanderson's Way of Kings which clocks in at 398,460 words across over 1,280 pages and Earthsea looks tiny. To me though, it also starts to look attainable.

Writing fantasy isn't really comarable to writing non-fiction, but at an average of ~1,000 words per day a novella of similar length to Earthsea would take about 50 working days to write, just about two months working full-time. That's completely possible, even part-time a first-draft could be completed in a few months and ready for feedback, editing, review, and possibly publication.

I don't want to give off the impression that I'm going to become a fantasy writer any time soon, I'm not, but this realization did rekindle my interest in such a prospect quite a bit. Sure, the structure of a series of novellas is different than a single monumental tome, but if one would be impossible and the other attainable, then it's not really a decision worth considering.

So much about a hobby or side-project is about staying motivated through to completion and if a 1,000 page novel is out of the question, maybe it's not the novel part that needs rethinking.

1 These books predate Harry Potter by over two decades and inspired the magic system in Christopher Paolini's Inheritance Series.
RSS