I've talked before about how I use TODO comments in my code to lay out what I want to do before actually doing it. To help me keep track of all of these TODOs in my code I wrote a little script yesterday and I've put it on Github for anyone who's interested.

The script looks through all of the code (by default Python code) in a given destination directory, greps for the TODO comments, and prints them nicely in a constantly updated list in the terminal. The output looks like this: 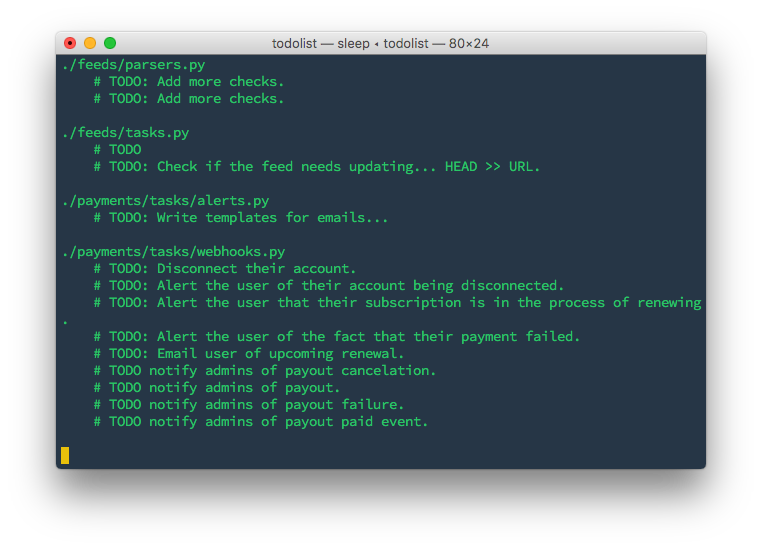 Writing this script I learned a couple of new things about terminal commands like how to clear the screen without deleting the scrollback or just printing newlines (i.e. what clear does). I've put the script in my /usr/local/bin and called it todolist so now I can invoke it from anywhere and get a nice little list of what I've put off working on.