The Simple Joy Of Learning To Play Piano

Back in January, I started to teach myself how to play piano. I'd played before when I was a kid — like many people do — but I was never very good and it didn't stick once I'd stopped taking lessons. I'd had a keyboard for years, stowed away at my parent's place, but I'd rarely ever used it. I had occasionally tried to pick up piano over the years, but just like when I was a kid: it didn't stick. 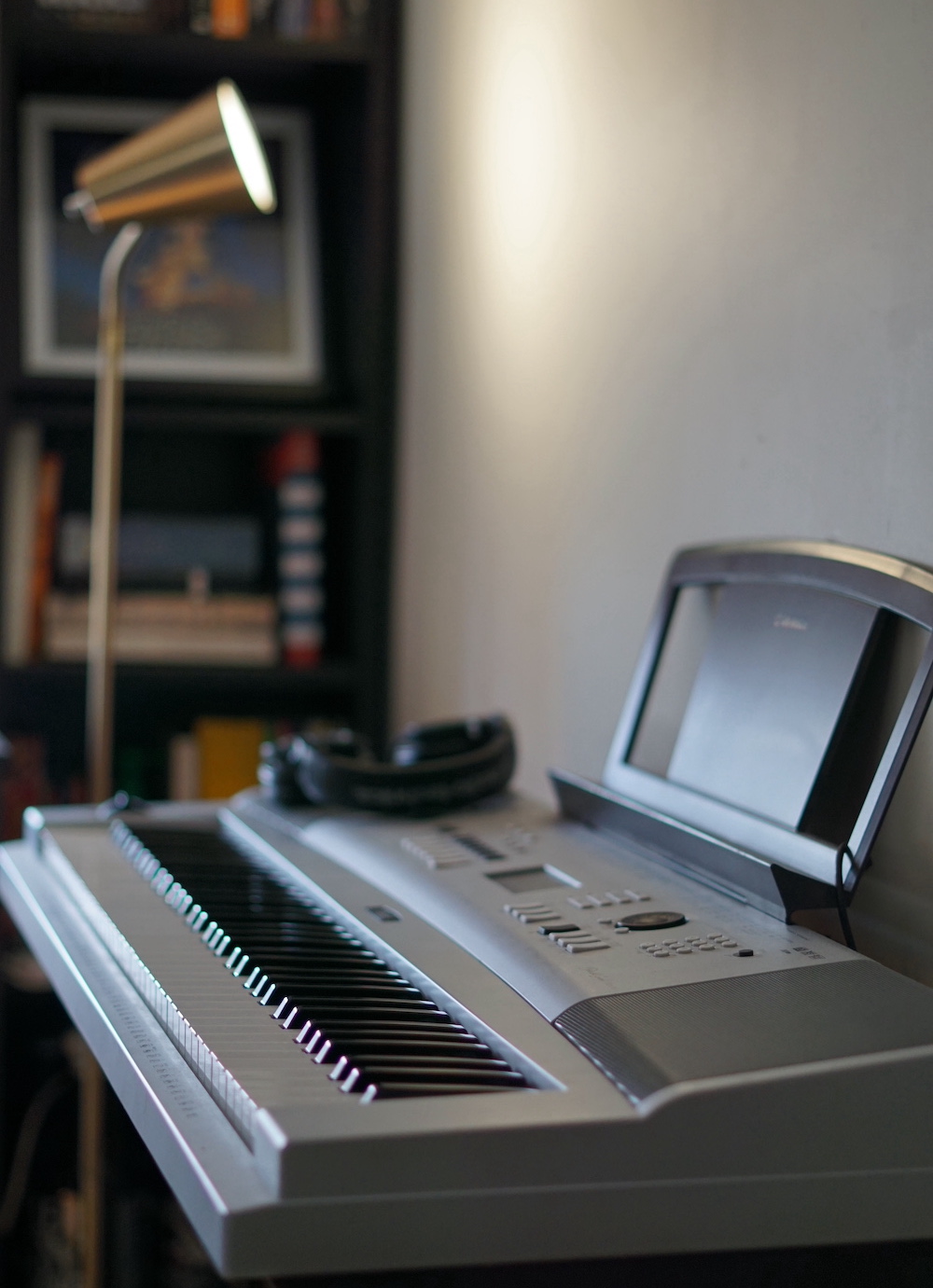 This time with the keyboard visible, and in the center of the room, I hoped things would be different. It's been almost four months now, and I am happy to report that I am still practicing and importantly: I'm getting better!

Luckily, I have some music theory under my belt, and I've played guitar, both solo and in bands for years, so I know my way around musically. That said, neither of those skills prepare you to actually play the piano. It helps to know where middle C is and how to make a chord, but neither of those skills help you contort your hands to actually play the notes and chords you want.

Back in January, I tried to start by simply practicing scales. You know? The thing everyone hates? Well, it turns out they're super useful.

I started with a simple 5-note scale. I played it over and over again: up the scale and back down as smoothly as possible, one hand at a time. Then I would move it up a key and repeat the process. Not all keys are beginner friendly, so I would often skip complicated keys and stick to the easy ones. Once I had that down I started adding in a few little flairs. Instead of just playing the scales I would keep the time and tempo, but work in a few extra notes or I would start at the root and work up, but on the way back down I'd end on the 5th instead of the root. Little changes.

When something is difficult it can be pretty demoralizing if you can't see yourself making progress. That's where small goals come in. Each time I'd sit down to practice (and after a short warm up) I would set a small goal for myself. Sometimes the goal would be so minor that it would hardly seem worthwhile, but I always tried to explicitly set a tangible goal.

It's a slow process, but I am getting measurably better and I can see the results each and every time I sit down to play.

Don't Put it Away

I learned how to play guitar in high school and while my teacher gave me lots of advice, one thing he said always stuck with me. It was advice about how to make sure you keep practicing.

Never put your guitar away, and keep it within reach. That way you can play it whenever you have even a little bit of downtime. Play it while your computer is loading, while you're waiting for a text message, or even while you're watching a video. You don't need to play a song. Even just strumming a chord, or picking a melody can help.

Those little moments of practice add up.

To this day my guitar is within arms reach of my desk, and I play it when I need a break, when I need to think, or even just when I'm bored.

I feel the same idea has helped me learn piano. The keyboard is in the middle of my living room. I have to walk past it to get water, and whenever I do I think about playing. Often times I will play before or after eating, even just for a few minutes.

The little moments really do add up.